It all started when I began searching for a cherry ripe slice recipe.  Scrolling  through the search results and trying to find the best one, I happened across information on the Cherry Ripe and soon discovered that the original owner of the chocolate bar was not Cadbury (as I had always thought it was) but a man named Mac Robertson. 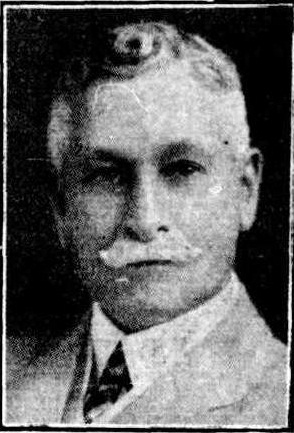 Sir Macpherson ‘Mac’ Robertson was born on 6 September 1860 in Ballarat, Victoria.  Being the son of Irish and Scottish parents, at age 9, he and his family (apart from his father) moved back to Scotland.  Five years later, in 1874, the family returned to Australia.  Upon his return, Mac became the apprentice to a confectioner.  This was the start to his illustrious career.

At age 19 he decided to put his plan into action.  In the bathroom of his parents’s house in Fitzroy with a nailcan and a tin pannikin, he started making boiled lollies.  Originally hawking the lollies off a tray, as his business grew, he first purchased a tricycle, moving up to a horse drawn van and eventually, lorries pulled by white horses.  Ever the strategic marketer, his factory was painted white (and known as White City), his workers wore white coats and he was often seen immaculately dressed in white. 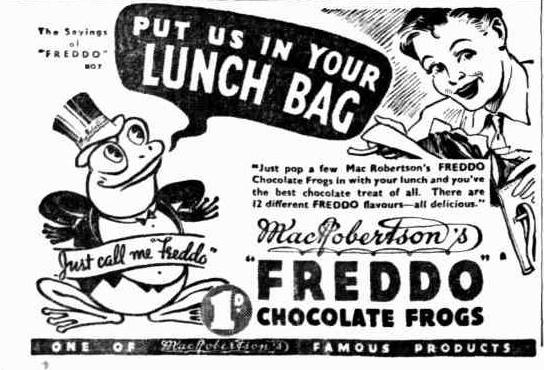 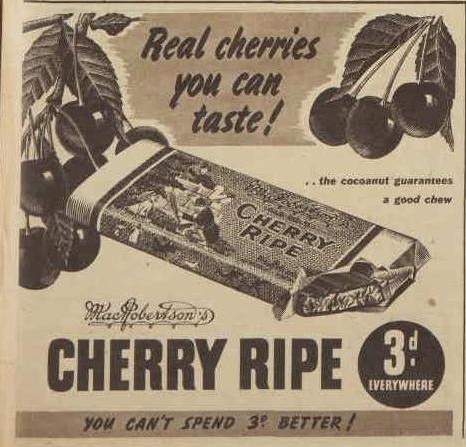 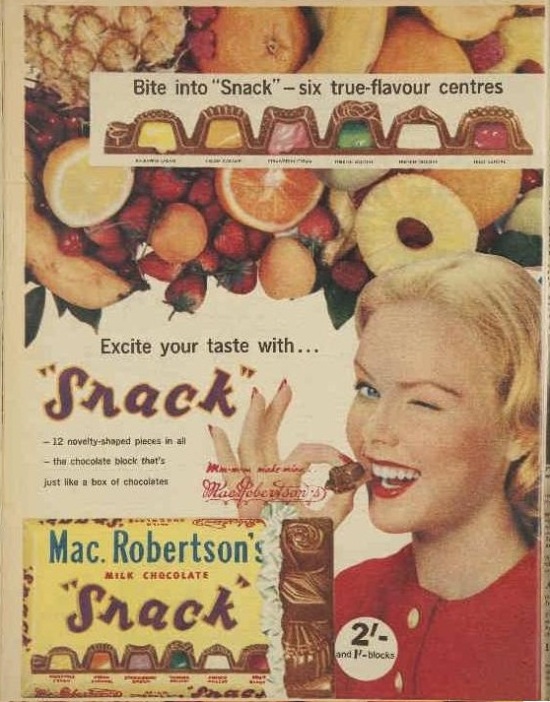 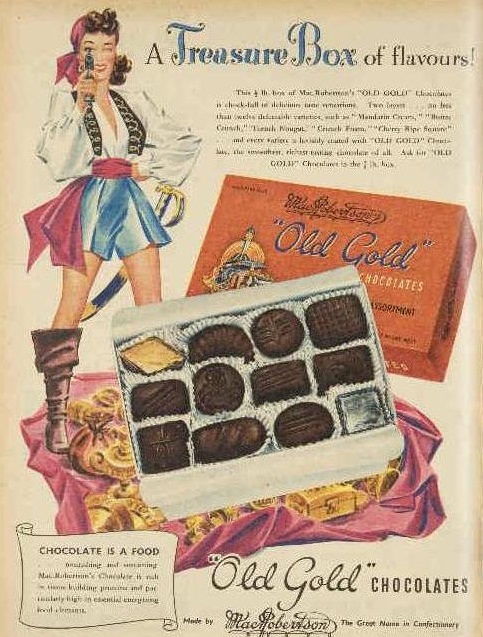 Never forgetting his humble roots, in his lifetime he donated over £200,000 to various charities and organisations including: the Antartica expedition in 1929 and 1930, a high school for girls (named Mac Robertson Girls’ High School), a cultural centre for children, the construction of a bridge across the Yarra River at Grange Road, prizes for the Centenary Air Race, Christmas charities and the Royal Melbourne Hospital.

Sir Macpherson Robertson passed away on 20 August 1945 at age 85.  He left behind a multi million dollar company and was survived by two sons, Norman and Eric.  They took control of Mac Robertson’s until the late 1960s when it was purchased by Cadbury and eventually became a part of Cadbury Schweppes.

He was an early Australian entrepreneur and was the man responsible for the release of many chocolates that are still extremely well known to the Australians of today.  Despite his initial success, sadly, after the sale of his company to Cadbury, his name seems to have disappeared into obscurity.  Even I have to admit that I had never heard of him until discovering that one article.  As much as I love Cadbury chocolate, this fact saddens me.  I only hope that with this post I’ve done some justice and given credit (where credit is due) to an amazing Australian.  After all, if it wasn’t for him, Cherry Ripes, Snack or Freddo Frogs would not be around today.