Divorce is something that is quite common in today’s world.  Though hearing it mentioned may invoke shock or sympathy it is generally accepted by society and does not draw a large amount of public interest.  Many years ago however divorce was very uncommon and only ever seemed to occur when there was infidelity, abandonment or cruelty.  It was so uncommon that it ignited public interest and often the newspapers of the day would provide full reports on the people involved and the particulars of the case. 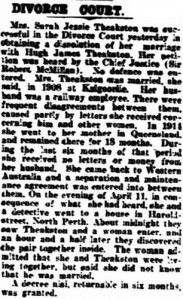 The details of the divorce between Hugh James Theakston and Sarah Jessie Theakston.

The details of the divorce between Edward and Elizabeth Atkins. 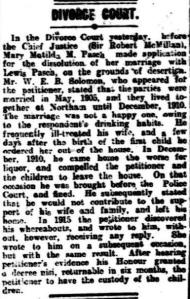 Details of the divorce case between Mary and Lewis Pasch.

It is strange to see so many people’s “dirty laundry” splashed through the papers for all the world to see but I suppose that in a time where few divorces occurred it made for interesting reading.  After all, bad news does tend to make good news.  Though I’m sure it would’ve been mortifying for the parties involved to read their personal lives in the newspaper, it is on the other hand helpful for people researching their family tree.  Intimate details are revealed and give us insight into the highly personal lives of ancestors that ordinarily would have remained hidden. 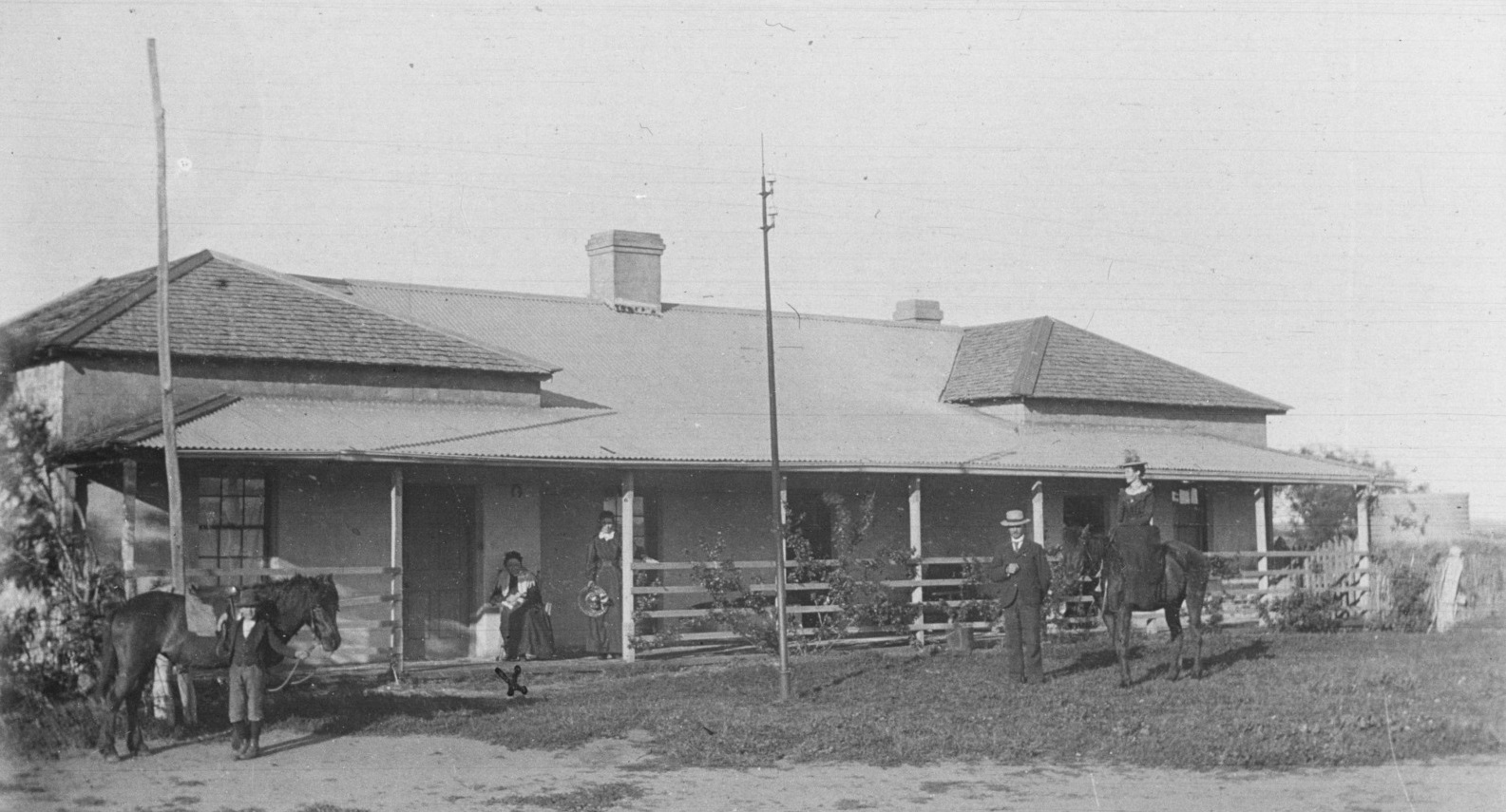